To grab ₹2K note, a woman jumps on the tracks of Dwarka Mor Metro, uninjured

Recently there has been a lot of cases of people jumping on the tracks of metro’s and railways and a similar case come to light from the western edge of the capital, Dwarka. The incident is reported from Dwarka Mor Metro station on Tuesday morning at 10:30 AM, where a woman frantically jumped on the tracks as she dropped her Rs.2000 note. The 26-year-old Chetna Sharma risked her life and when she saw the metro coming towards her, she lay still in between the diverging tracks. Shockingly two of the metro coaches passed over her and that is when the bystanders noticed her laying down to protect herself. They immediately pressed the emergency alarm, prompting the pilot to apply the brakes, followed by the present CISF (Central Industrial Security Force) personnel shift-in-charge to help her come out of this sudden situation once the metro halted.

The blue line metro was disrupted due to these circumstances, which connects from Dwarka Sector 21 to Noida Electronic City, and a branch line consisting of 8 stations from Vaishali to Yamuna Bank. The woman was rescued unhurt and was allowed to leave with her brother only after submitting a written apology to the Delhi Metro. A mere amount of money can be a great risk to human life, if not acted upon with the right intelligence.


Dwarka – Airport commute to get easier with new tunnel 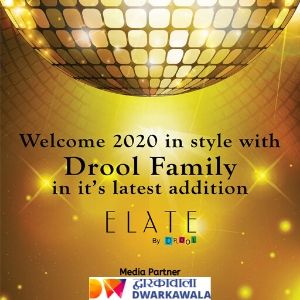 Whats up in Dwarka?

Things to Do in Dwarka